looking for something? search to create a custom gallery of posts:

Today was one of those days when my itinerary involved only a general destination like “I feel like visiting the water,” so I pointed myself in the direction of the Embarcadero and started walking. I’ve gotten used to being active, so it felt good to be out walking after being relatively sedentary yesterday, and it made my head feel clear to be able to have the simple pleasure of being outside, enjoying the city on such a pretty day. (Best medicine!)

Cable car turn around on Taylor and Jefferson…

The tourists are always SO EXCITED about the cable cars; it’s sort of charming to watch the people geek out over having their picture taken with them, the trolleys being the local celebrities that they are. Signs and numbers… 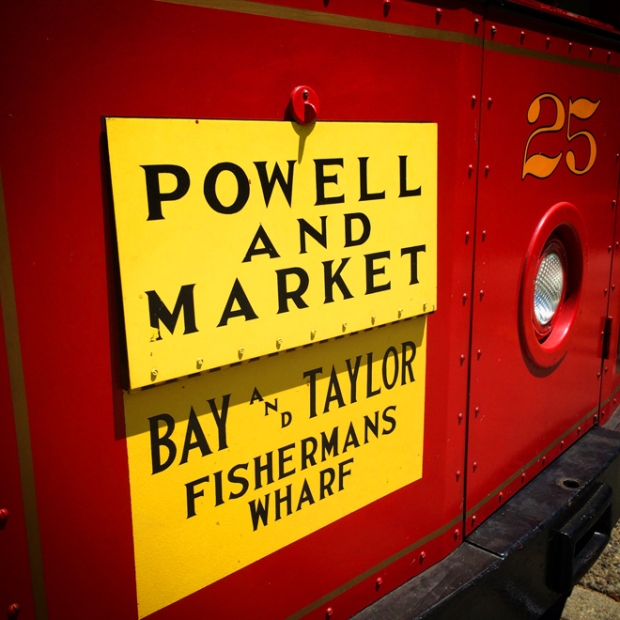 There is a pressed penny machine on this corner as well. I may be nerdy enough to have a pressed penny collection, and I may have added one to said collection. (If I did such a nerdy thing today, the penny would say ALCATRAZ on it, and feature a little cartoon of a surly jailbird.) When else can you buy happiness for as little as 51 cents? Simple pleasures!

Visiting the water… This is just next to Pier 39, but Pier 41 is much quieter and serves the same purpose without the hordes of people. Two thumbs up. 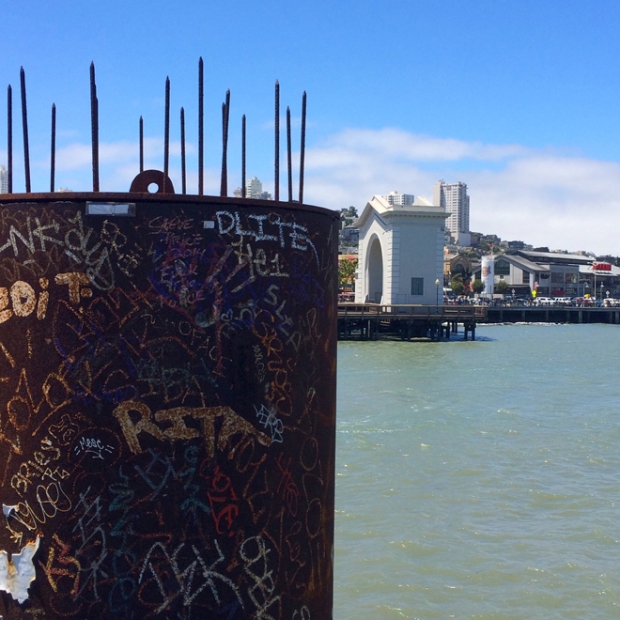 Seagull buddy, and the hordes of people (and sea lions!) at a safe distance over on Pier 39…

Watching the bay triggers something in my lizard brain and makes me feel calm. I could stand here all day. I need very much to go on a boat ride again soon… People on boats (envious!) and Alcatraz: 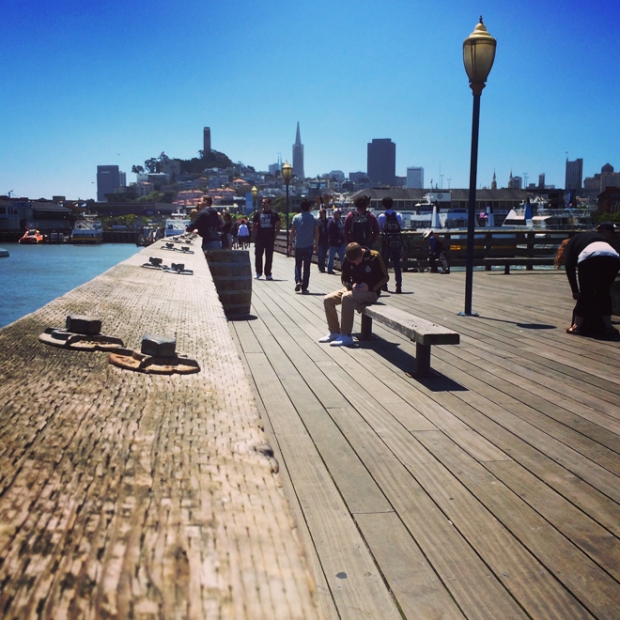 One day, I will get myself a map of this Barbary Coast Trail and walk it. In the meantime, I like signs and seals… 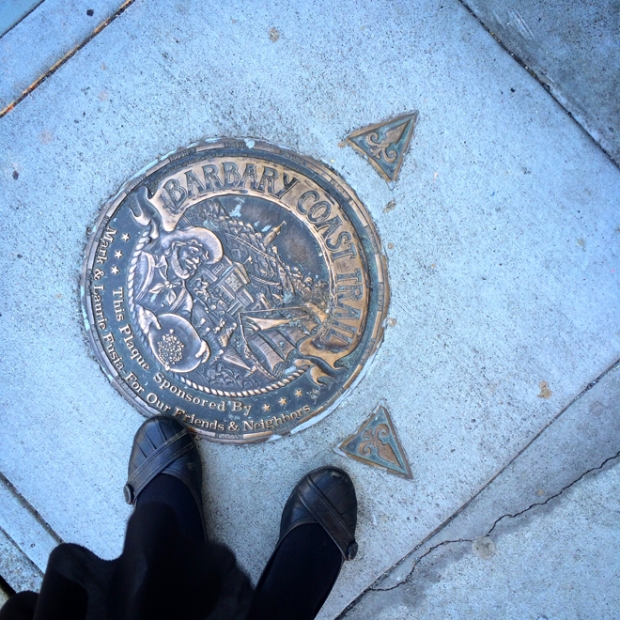 Above, the reason it feels weird to be in a town that is flat. (What do you mean ‘driving an manual transmission is easy’?)

Below, I have lived in San Francisco for 10 years and never been to the Coit Tower. As I’m into hills and also being a tourist these days, that just got bumped towards the top of The List…

Towards home through Washington Square Park, which wouldn’t be complete without the bright white St. Peter and Paul’s presiding over the green field…

And on down tree-lined Columbus Ave. and North Beach. Making, reading, and designing books are all a huge part of my life, so a light-up public art installation involving flying books (just near City Lights Bookstore) is something I’ll admire every time I walk past… such a huge fan of this piece! (More info on Language of the Birds)

Later that night I took another walk, to photograph Zodiac Death Valley‘s set at the Hemlock Tavern on Polk Street. Van Ness Ave. is a favorite night-time walking route, with the massive lit-up arts buildings and City Hall. This smaller cousin is the SF Public Schools admin building… 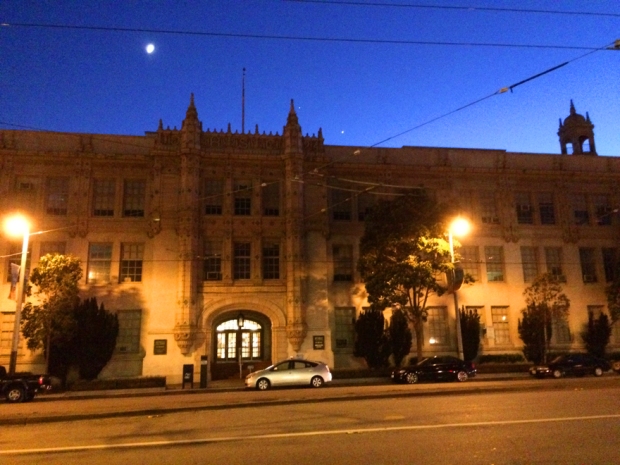 Ha! Some birds like City Hall as much as I do!!

Zodiac Death Valley was awesome, as per usual!!

Photos from the show are here.

Where should I go tomorrow?